I attended a two-day conference at Sunday River this week and since reporting time for the first day was mid-morning, I camped out the night before and got in a quick sunrise hike in the morning.

I hiked Table Rock via the Appalachian Trail and the blue blazed trail which approaches from the rear.   There is a more challenging Table Rock Trail which ascends from the front; however, since I was hiking up in the dark and temperatures were right at the freezing mark, I elected the more moderate route.

The hike was relatively easy, although near the end there were a series of rungs to climb.  The blue blazed trail was generally easy to follow but I almost missed the rungs (probably due to the darkness).

Table Rock itself had terrific views.  There is a very steep drop off so care should be used. 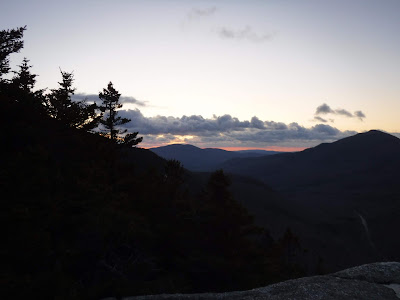 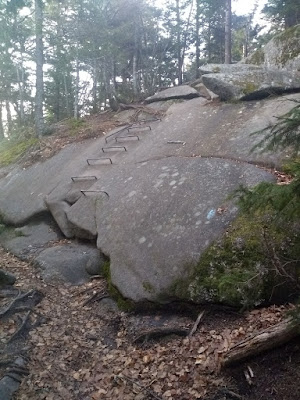