The last time I visited Tunk Mountain in March, ice on the trail prevented me from ascending once I reached the base.  Today I returned to Tunk Mountain with a good group of friends and completed the 4.1 mile loop trail up and over the summit.

The initial one mile of trail is relatively flat, after which it begins a steep ascent to the summit.  There are a few locations where rock scrambling is necessary and one area requiring climbing up three rungs.  The views from the summit (as well as several overlooks on the way up) were well worth the effort as we all enjoyed the changing fall colors.

We elected to descend the loop trail rather than retracing our steps down the ridge trail.  We had read about the challenges associated with this route on AllTrails but decided it would offer a less steep descent in addition to variety.  The descent added variety and a great deal of unintended adventure as the trail is poorly marked and poorly maintained. Without the AllTrails app we would have likely gotten lost and even with the app we found ourselves often straying off trail and having bushwhack to get back on.

Overall this was a challenging but enjoyable hike.  Here is a map of our hike. 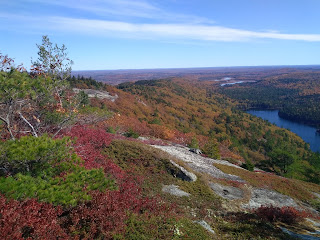 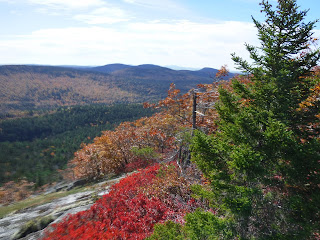 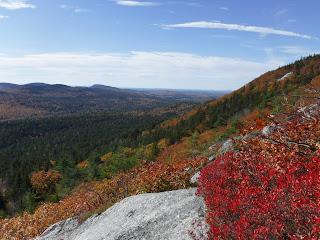 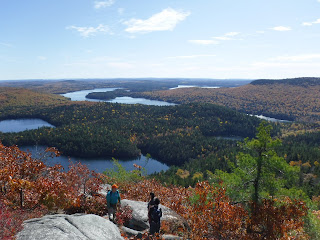