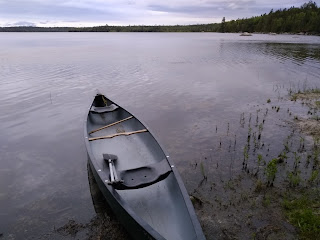 Matty and I planned to hike in 4.5 relatively flat miles to the North Katahdin Lake lean-to and spend the afternoon fishing and canoeing before hiking back out the following morning.

The first 3.5 miles of the trip went as planned.  A little more than 2 miles in, we stopped at Martin Ponds and admired the view. 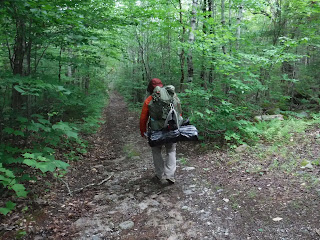 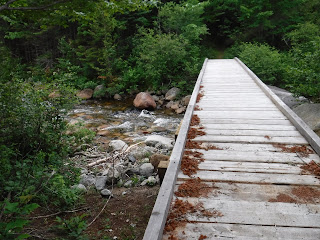 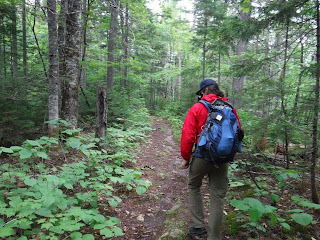 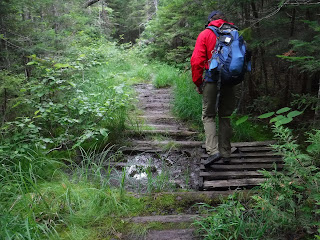 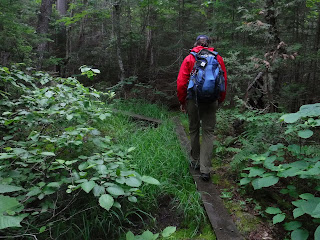 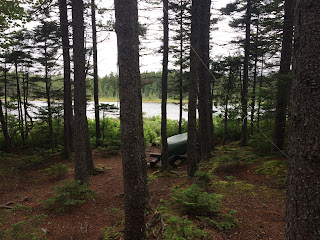 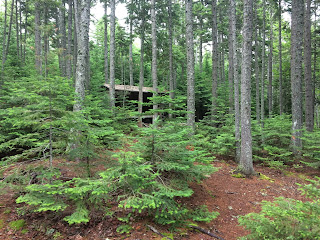 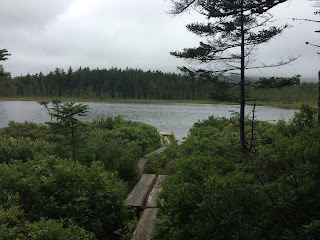 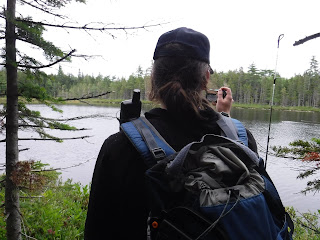 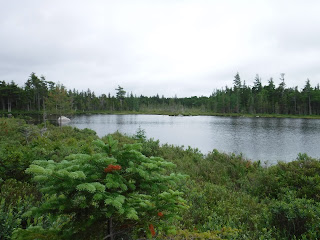 After Martin Ponds, the trail became significantly less traveled although it was still manageable.  At approximately 3.5 miles, we ran into our first obstacle, South Turner Brook, which we needed to ford.  Matty went first, and unfortunately soaked one of his shoes.  We then discovered several sections of deep mud on the trail.  A short time later, while crossing a bog boardwalk, I slipped and injured my leg.  We managed to make it to the campsite and assessed our situation. 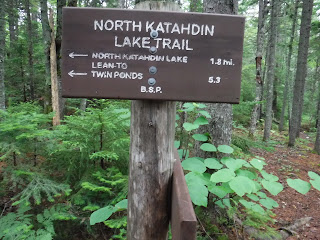 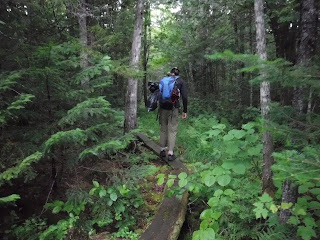 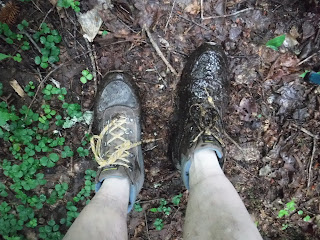 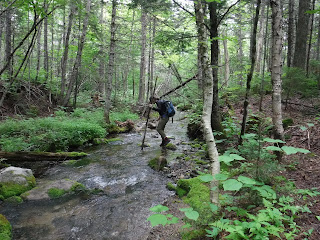 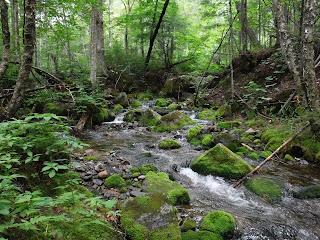 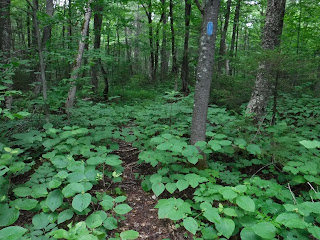 The campsite itself was well maintained and very secluded.  The lean-to is large (rated for 6 people), there was ample downed wood from which to build a fire, and we were able to draw water from the lake to use in our Sawyer water filter bag.  The backcountry outhouse was surprisingly clean (other than having to share it with two very large spiders). 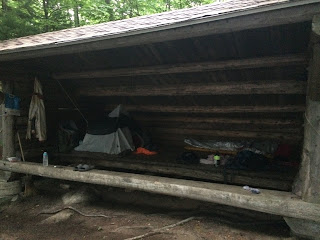 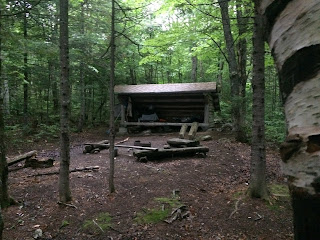 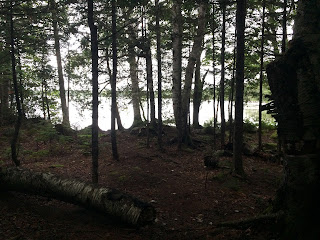 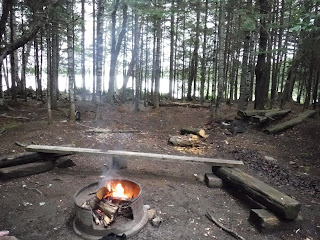 The following morning, we weighed our options and decided the safest route given my leg would be to canoe to the south shore of the lake and hike out from there along a significantly easier trail.  Shortly after leaving camp, the wind picked up and we began encountering choppy water.  After around 1.5 miles, we arrived at the Katahdin Lake Wilderness Camp on the southern shore.  (We notified a ranger afterwards regarding the canoe). 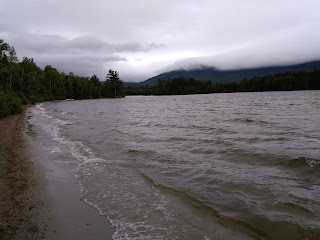 Overall despite the challenges (or maybe because of the challenges) this was an excellent trip.  The campsite was secluded, and although we didn't see any large wildlife, we did see evidence of moose and bear.  The low temperatures (40's at night) greatly helped reduce the number of mosquitoes.

Here is a map of our trip.