My son and I went snowshoeing today at Pleasant Lake Preserve in Stetson.  The preserve, established in 2010 and administered by the Sebasticook Regional Land Trust (https://www.sebasticookrlt.org/pleasant-lake) features a relatively flat trail that leads out to and then circumnavigates an island in Pleasant Lake.

The initial part of the hike was enjoyable as we traveled along the Cape Trail and visited two lakefront picnic sites.  We then took part of the Loop Trail to the Shoreline Trail, at which point things became challenging.

There were multiple sections of the Shoreline Trail where the trail crossed over ice (and water underneath).  The ice hadn't fully frozen over yet and in several points along the trail we broke through, although the water wasn't very deep.  At one point, however, I broke through ice with my snowshoes into water that was knee deep (despite being on the trail).  Freezing water soaked my boots, socks and pants.  Since temperatures were in the mid-20's, we decided to forgo the remainder of the Shoreline Trail and bushwhack through the center of the island back to where the trail entered the island.  The interior of the island was thickly forested at parts and we discovered a frozen over stream as well, but it was significantly shorter than had we either backtracked or continued along the trail.

I would recommend the preserve if you just visit the Cape and Loop Trails.  We only saw one other person during our visit, and some of the trails had not been visited since being covered with snow around a week ago. 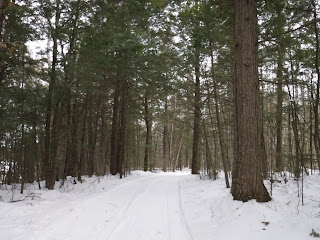 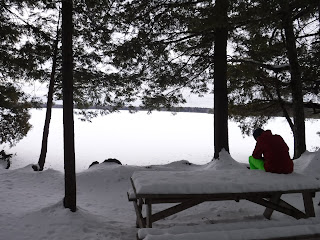 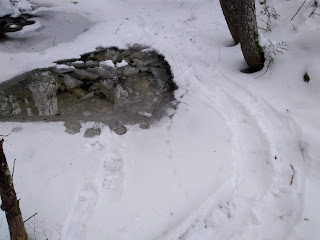 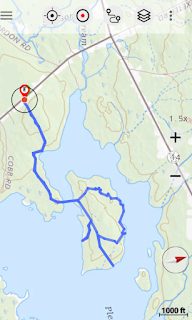