The last time I was at Ecotat, it was August and my son and I spent an hour exploring the gardens and taking pictures of flowers and insects.  We hadn't explored the trails at that time.

Today I returned solo, enjoying the fact that the weather had warmed substantially since the morning (it was minus 16 when I woke up and by the time of my afternoon hike had warmed to a balmy 19 degrees above).  I hiked on the outer perimeter trails for a little over 0.8 miles.  The trails were not marked, although they appeared to be clearly delineated and there were signs at trail intersections.   There was only one set of footprints which appeared a few days old.  There was, however, a large number of animal tracks throughout the preserve. 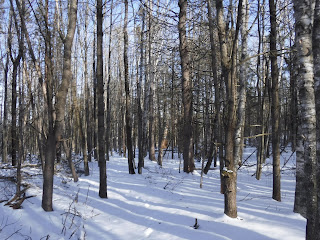 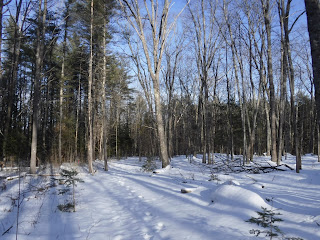 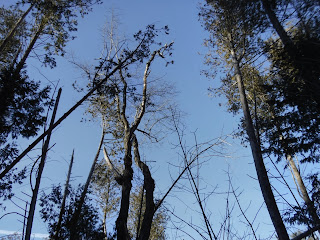 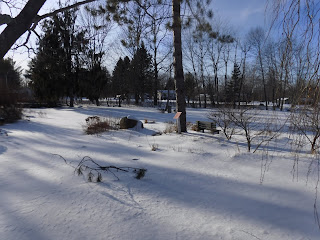