Today my son and I hiked Witherle Woods in Castine.  It was a balmy 34 degrees and sunny.  We went slightly under 2 miles from the parking lot to Blockhouse Point and then back along the Indian Trail.

In addition to being a beautiful place to hike, the park also has historical significance, as it was used by the British in both the Revolutionary War and the War of 1812.

We were able to find a spot in the small parking lot.  We had brought snowshoes but found the snow on the trails to be packed down hard so didn't need to use them.

We also stopped at Dyce Point Lighthouse, the Maine Maritime Academy and the Castine Post Office. (Castine has the oldest continuously operating post office in the United States.  My son is a big fan of the USPS!) 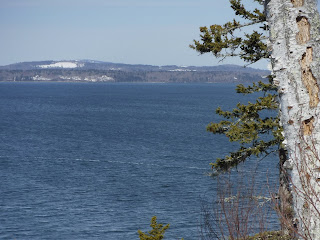 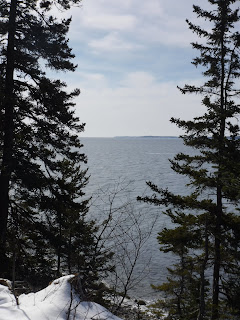 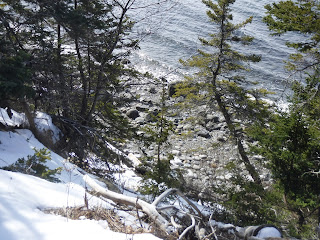 Views from the Indian Trail 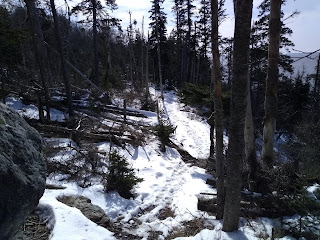 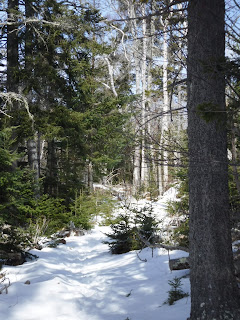 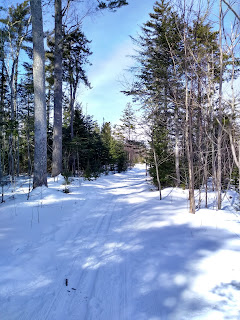 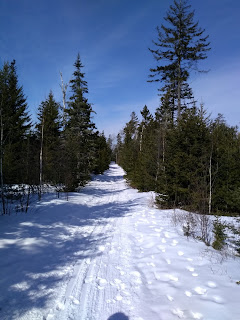 Email ThisBlogThis!Share to TwitterShare to FacebookShare to Pinterest
Labels: Hiking