I went hiking on the Appalachian Trail south of Route 15 in Monson today, hoping to spot wildlife.  I was not disappointed.

The out-and-back hike was a relatively easy three miles, with a gradual elevation gain of around 200'.  At first I was concerned that I wouldn't see any wildlife, given that the trail was covered with fallen leaves, producing a sound similar to walking on potato chips.

At around 1.3 miles in, I came to a wooden bridge crossing two narrow streams feeding into a larger stream.  I noticed movement in the larger stream just west of the bridge and spotted a large river otter.  The otter began swimming upstream and failed to notice me until it was around eight feet from me.  At that point, our eyes locked and it turned and rapidly swam away.  It then climbed the bank on the other side of the stream.  As I stood reviewing my pictures, the otter returned and again made its way upstream, this time spotting me earlier and again climbing back out on the far side of the stream.

I left the otter and continued to Doughty Ponds.  The Maine Appalachian Trail Club has built a small side trail to the eastern pond.

I was around 1/2 mile from my car on the return trip when I heard a noise in the distance as something large moved through the leaves.  Off in the distance I was able to get a quick glimpse of a moose trotting past a clearing in the trees.  Unfortunately I wasn't able to get a picture, but it was great to see a moose. 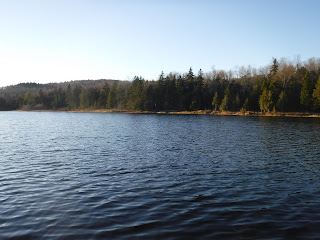 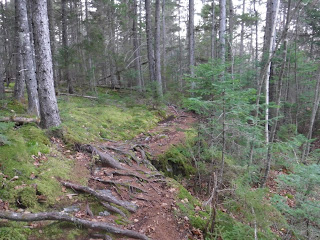 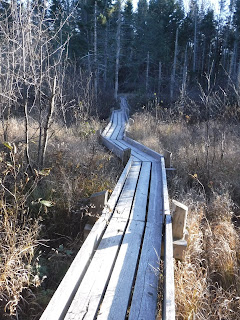 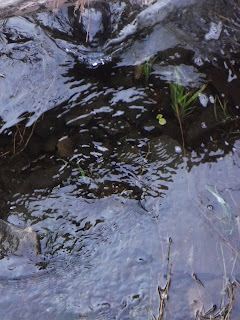 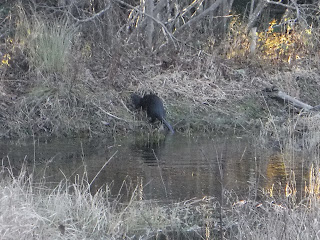 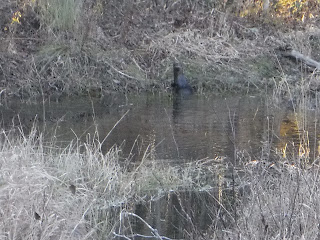